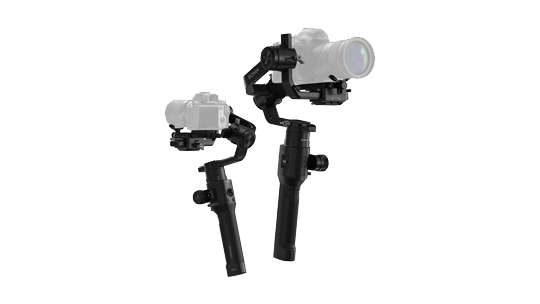 The DJI Ronin-S handheld gimbal is more than just a miniaturised version of the larger Ronin gimbal stabilisers; it represents a scalable ecosystem for integrating DSLR and mirrorless cameras into professional-grade workflows.

The single-handed form factor of the Ronin-S lends itself to lighter cameras. But don’t let its size fool you; the Ronin-S has a lot going on under the hood. Separate modules are available for the handle and accessory docks, allowing you to customize the gimbal based on how you wish to operate it.