BBC feature documentary ‘Seven Wonders of the Commonwealth,’ came to New Zealand to shoot part of the 1.5 hour film and used Storyworks as the NZ line producer.

The film aired on BBC 1 July 20th in the lead up to the 2014 Commonwealth Games, and achieved the highest ratings for the night – attracting an audience of 4.6 million.

The doco follows presenter Dan Snow on a journey to seven Commonwealth countries to explore their ‘wonder.’ New Zealand was lucky to be on that list and our wonder was Milford Sound of course.

Holly worked in both an editorial and logistical role for the film. She found the stories and characters, and also put together the nuts and bolts of the 5-day shoot.

The crew first travelled into Doubtful Sound where Dan kayaked with experienced guide Fi Lee from Sea Kayak Fiordland and local dolphins! The crew all camped at Hall Arm and then caught a fishing boat up the coast from Doubtful to Milford – a trip few people get to experience. The weather gods were on our side and the sky was blue and the sea glassy – everyone was blown away by the dramatic coastline, and more dolphins.

In Milford Dan and Fi got back on the water and explored a few of the iconic waterfalls and spots before calling it a day.

The following day the crew flew with legendary local pilot Richard Hayes from Milford down to Haast and again the crew were absolutely blown away by the scenery and Richard’s energetic flying!

They were picked up from Haast by Jeff Mahuika – a Ngai Tahu pounamu hunter and carver, and driven up to his marae at Bruce Bay. The crew slept the night on the floor in the marae hall – a new experience for them all, then were taken up the Makawhio river the following morning by some local farmers in jet boats to search for the rarest form of jade in the world – Aotea. With Jeff’s help, Dan found a beautiful piece of stone which Jeff then carved into 2 pendants for his wife and daughter. Very special.

Director, Harvey Lilley, was impressed with “how everything ran like clock work” – that’s how we roll here at Storyworks:)

The film will air on prime time BBC1 at the end of July in the lead up to the Commonwealth Games being held in Glasgow this year.

Photos thanks to Freddie Claire – soundman on the job. 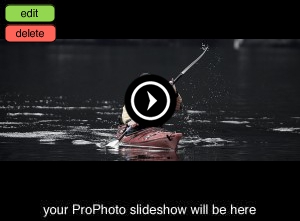